We’re spoiled by the number of guitars and amps out there today, Compared to when Rock & Roll was in its infancy. With more brands on the market than ever before, this means that it has never been easier for guitar players to experiment with different gear combinations in order to discover their own “sound”. But while that’s all a part of the fun, sometimes it’s best to take inspiration from some of the best.

At Musique Diplomate we’ve assembled this guitar and amp combinations blog post to help you find a great sound. With many mentions of famous players and their setups, you can feel assured that these combinations truly work!

The gentleman’s guitar rig. There aren’t many guitar tones more distinguishable than that of a Gretsch guitar into a Vox amp. The open and airy character of a semi-hollow Gretsch blends beautifully with the chimey, EL84-driven tone of a classic Vox amplifier. A staple of ’60s pop-rock, this classic combo is classed by most as a vintage-style setup. And even though it isn’t as prevalent as some of the other combinations on this list; it still has its loyal fans!

This Gretsch/Vox pairing is most synonymous with George Harrison of The Beatles. He was often seen playing a black Gretsch Duo Jet model in the early ’60s, but later switched to a larger Country Gentleman hollow body. During this period, Harrison and the rest of the band used Vox amps almost exclusively. Relying on a mix of AC-15 and AC-30 valve combos, they used these vibrant clean amps both live and in the studio, contributing massively to the overall sound of The Beatles.

While the Gretsch and Vox pairing is heavily associated with Harrison, other players have also used it to great effect. U2’s The Edge is one of them, and even though he plays different guitars onstage; in most sets he’ll bring out his Gretsch Country Gentleman or White Falcon for a few numbers. But more significantly, an original 1964 Vox AC30 has been a mainstay in The Edge’s rig since the early ’80s. And as a keen user of delay, the bright sonics of The Edge’s Gretsch guitars merge perfectly with his chimey Vox AC30 amp; ensuring that delay repeats sound crystal-clear. 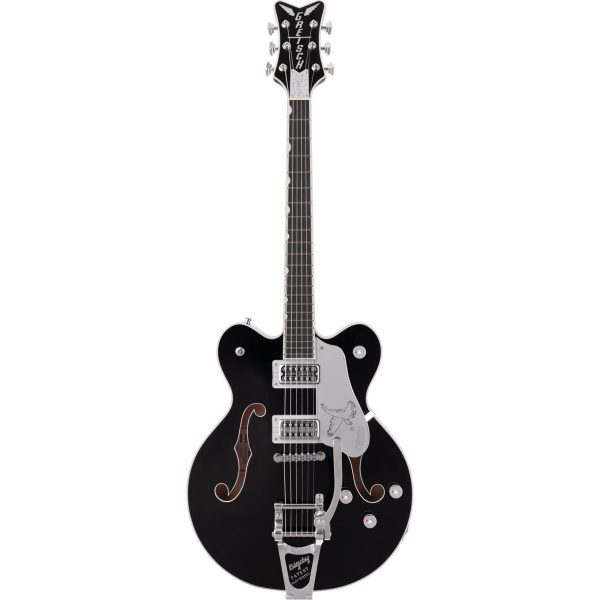 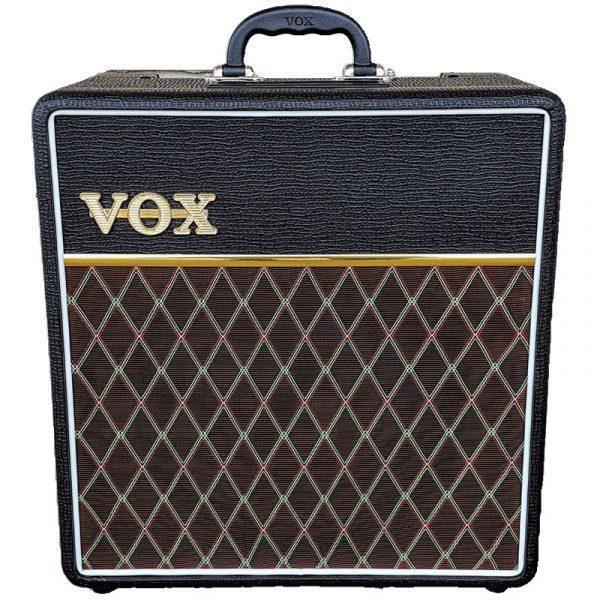 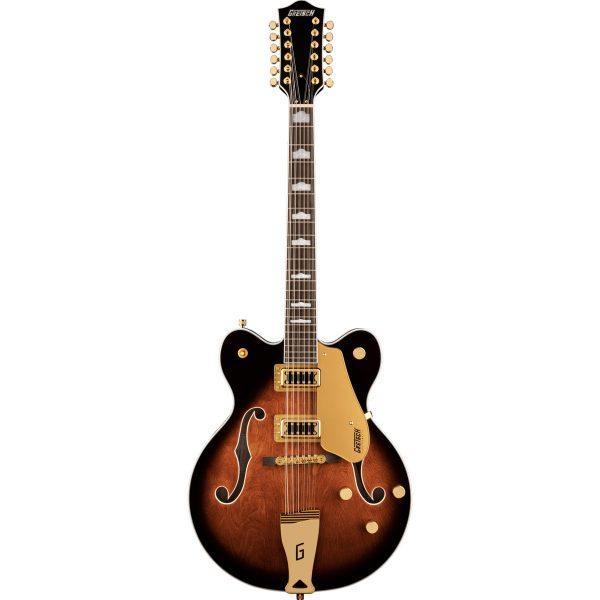 Fender is as famous for its amplifiers as it is for its electric guitars. Well, the latter might have a slight edge when it comes to recognition. But fame aside, Fender’s guitars and amps are practically designed to work seamlessly with one another. Why wouldn’t they be? The unmistakable all-Fender rig has been used by a countless number of players ever since the ’50s. Some of the most legendary names include Stevie Ray Vaughan, Eric Johnson and Dick Dale.

The Fender guitar/amp combination is one of the most frequently recorded in pop and rock music. There are many reasons as to why it works so well, and it’s also quite easy to distinguish from a sonic perspective. Simply put, the thin and articulate sound of Fender’s single-coil-loaded guitars lends itself well to the high-headroom qualities of their amps. As most Fender amplifiers feature 6L6 or 6V6 power tubes, they can be cranked without encountering excessive break-up. This means that they remain clean at high volumes and thus project a broad frequency response with plenty of dynamic range. 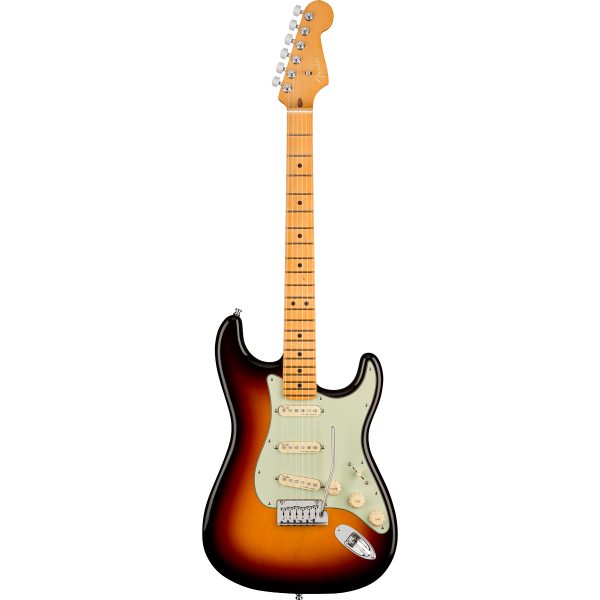 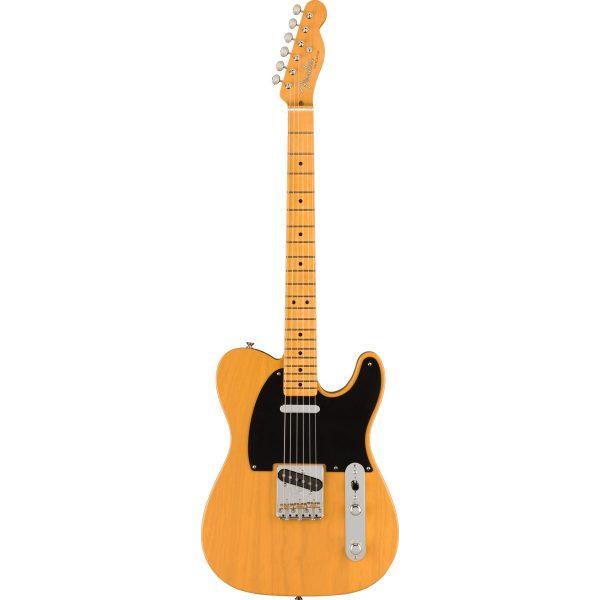 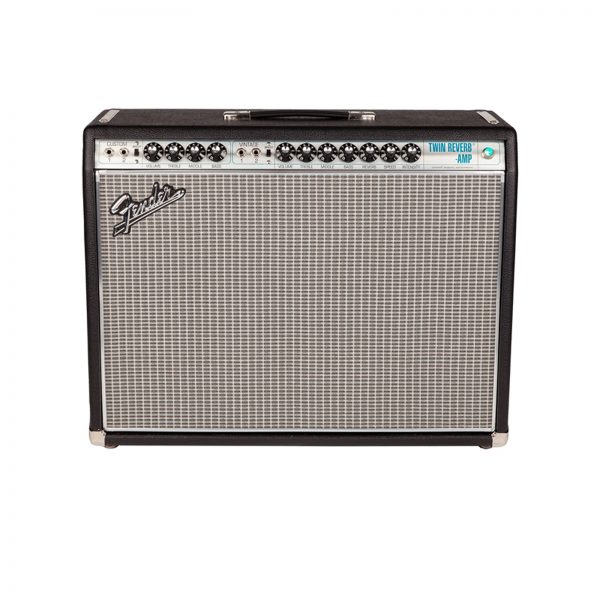 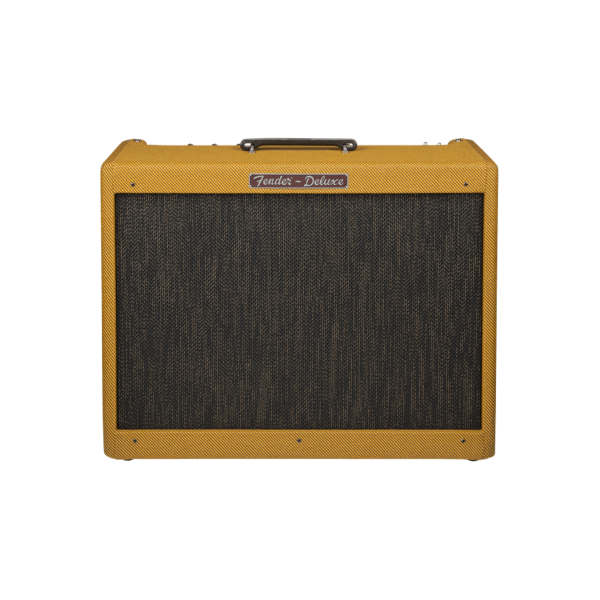 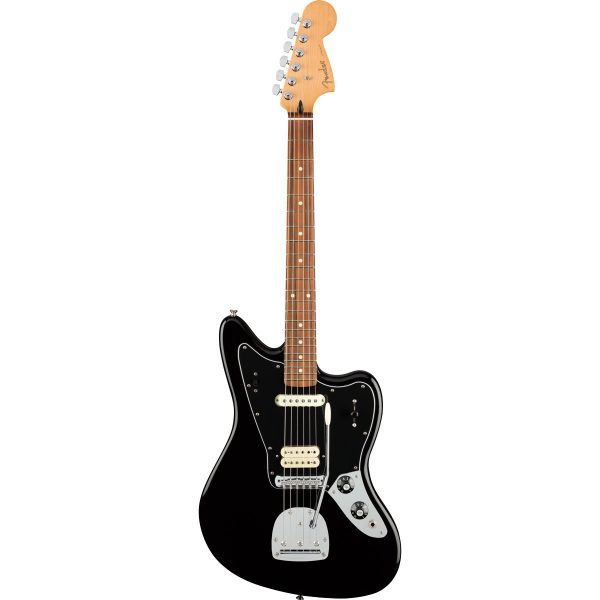 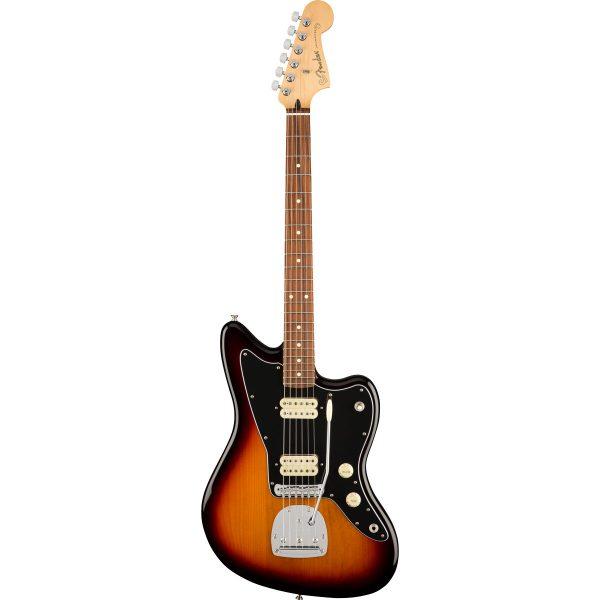 Gibson guitars and Supro amplifiers go together like wine and cheese – they perfectly compliment one another. The thick, rich tone of a humbucker-equipped Gibson guitar plugged into a ballsy, saturated-sounding Supro is like the perfect sonic marriage. And that’s probably why some of the most significant rock guitarists of the last 50 years have relied on this common combo. Joe Perry, Lenny Kravitz, Billy Gibbons, Jimmy Page… the list goes on!

Jimmy Page has detailed the guitar amp rigs that fueled Led Zeppelin’s earliest albums – including the setup he used for Whole Lotta Love.
During an exclusive, in-depth interview with Total Guitar’s Chris Bird, Page discussed how his transition from Fender Telecaster to Gibson Les Paul inspired his change in amp rigs.

“The amplifier on the first [Led Zeppelin] album is the Supro amplifier,” he confirms. “It fits great with the Telecaster, but with the Gibson [Les Paul] it was a really overdriven sound, right? And when I started doing studio work, I realized that that was radical for them at the time.

But why does this pairing work so well? It might sound silly, but for today’s guitarists; nostalgia probably plays a huge part. Seeing as the aforementioned names were in some of the most influential rock bands of all time, this means that our ears are somewhat familiar and in-tune with that iconic Gibson/Supro sound. You could almost regard it as the “benchmark” rock guitar tone, for which all others are compared. 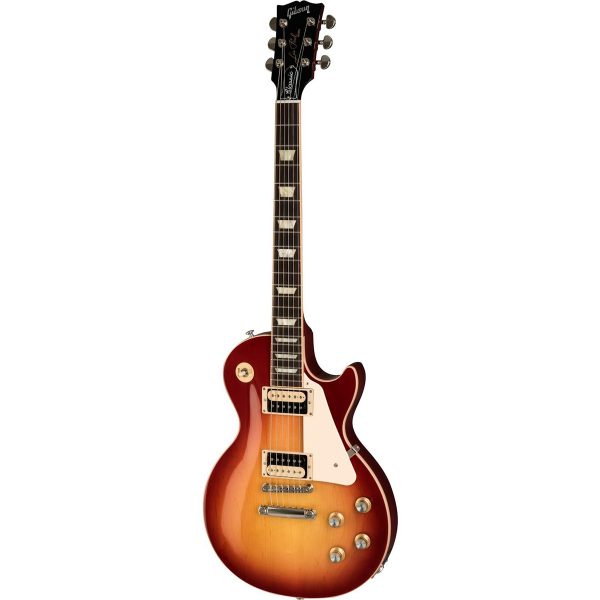 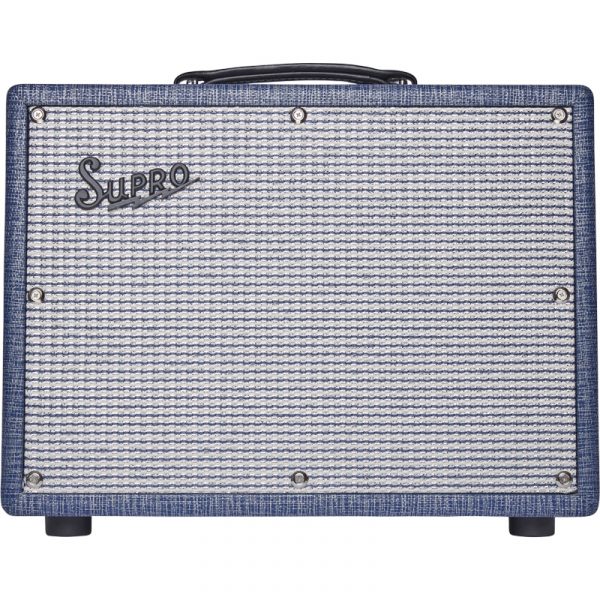 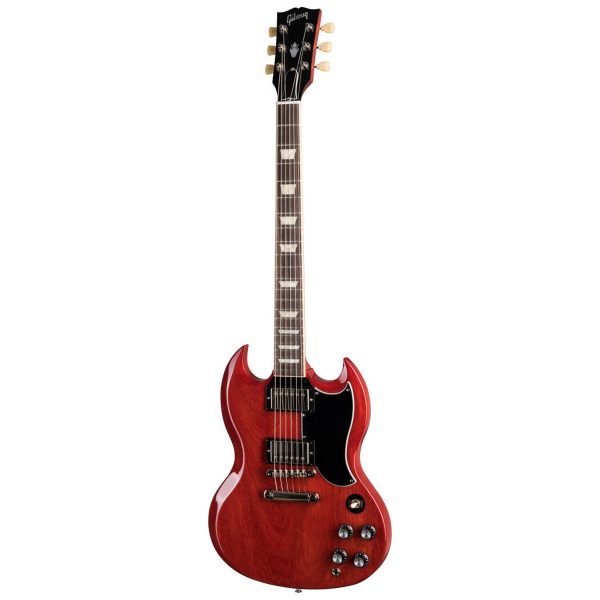 From the Frankenstein to the 5150, we list the essential ingredients in EVH’s hugely influential Sound

They call Eddie Van Halen’s electric guitar tone one of the most evocative guitar tones ever created. Harmonically reactive, juicy, volatile; it has the power to erase Monday morning from the calendar. How did he do it?

Careful experimentation with his technique, banks of Marshall Super Lead 100-watt heads and ambitious DIY guitar design – projects such as the Frankenstrat, which saw a Fender Strat body equipped with a Gibson PAF humbucker in the bridge, with a Floyd Rose later applied to accommodate a flamboyant style that was and still sounds ahead of its time.

Perhaps it was inevitable that Van Halen’s tone chasing would one day culminate in him steering the development of his own brand, EVH Gear. Now a subsidiary of Fender, producing an expansive lineup of signature Van Halen guitars such as the Wolfgang, amplifiers, and effects co-developed with MXR, EVH Gear is the first place very much a one-stop shop for any player looking for some of that atomic punk mojo. 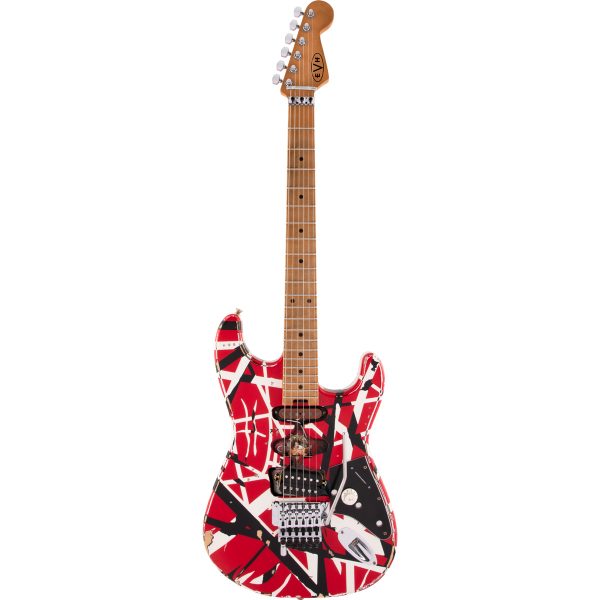 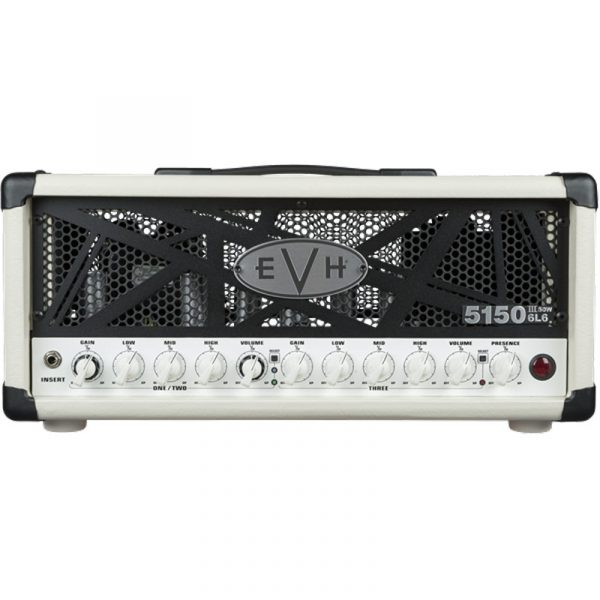 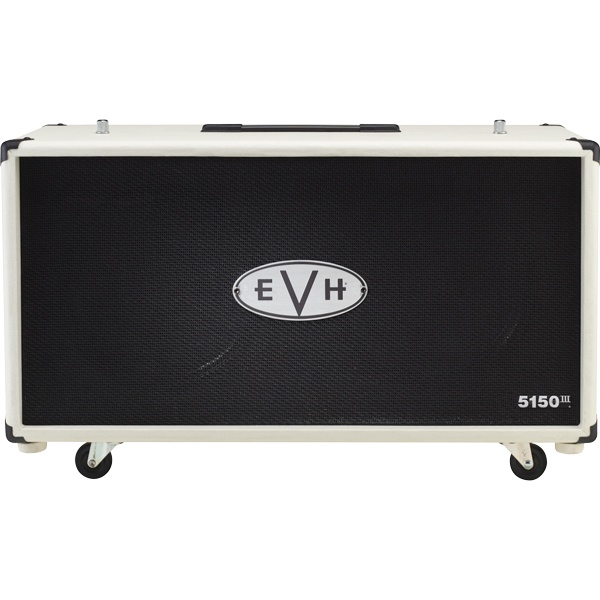 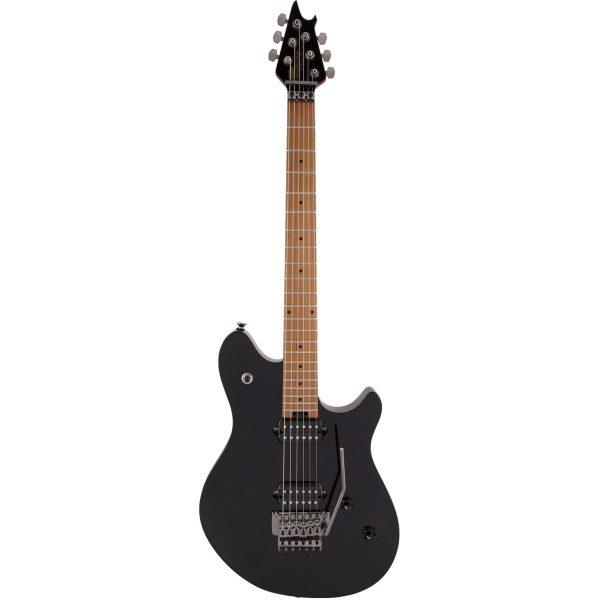 As a company, PRS has always believed that everyone deserves to own musical equipment that’s carefully crafted and plays beautifully. By offering a wide variety of guitars and amplifiers for all kinds of music tastes and styles, PRS continues to be a name that is trusted throughout the music world.
Every instrument and amplifier manufactured at the PRS factory meets rigorous guidelines to ensure you’ll be satisfied when you start performing. In fact, PRS is trusted and respected by many famous artists for this very reason, including Brent Mason, Dave Navarro, and Grammy Award winning legend Carlos Santana.

Paul Reed Smith is also highly respected for their amplifiers, and PRS tube guitar amp heads are ideal for any musician who craves classic ’60s and ’70s tones. Overall, the flexibility of PRS amplifiers is astounding, giving players a sound that’s equal to the smooth and fat tones of amplifiers from rocks golden age.

Honing your skills is a lot more fun when you have a guitar and amplifier that was constructed by people who are just as passionate about music as you are. Paul Reed Smith is a company that is dedicated to the ongoing process of guitar building, and now guitar amplifiers as well so you can be sure that the instrument you’re playing will give you countless years of musical enjoyment. 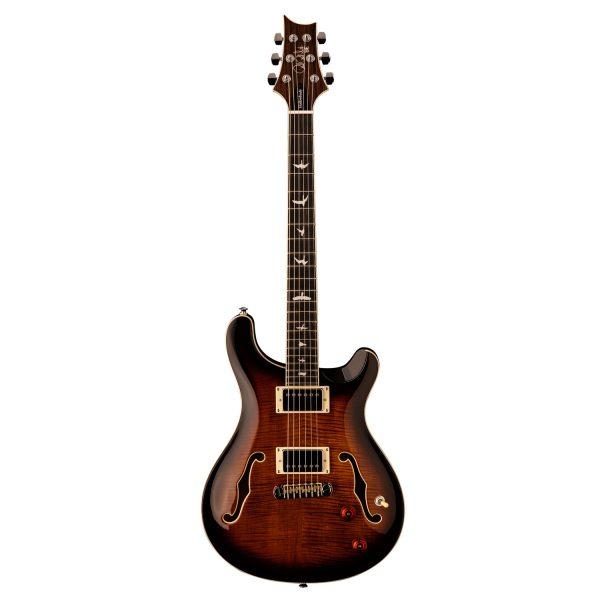 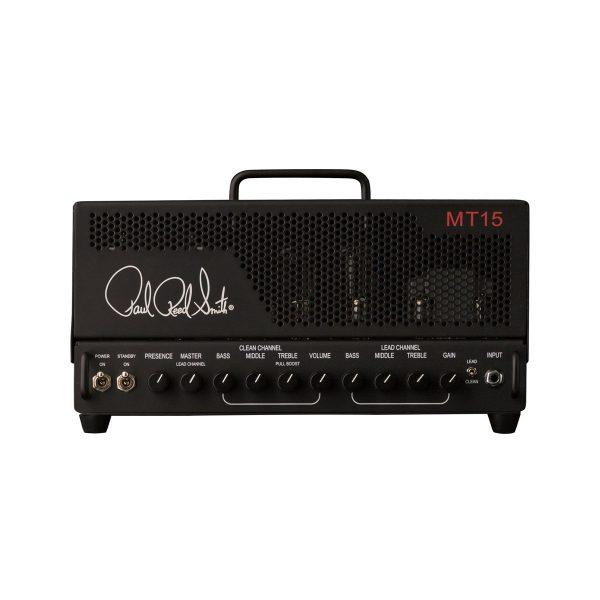 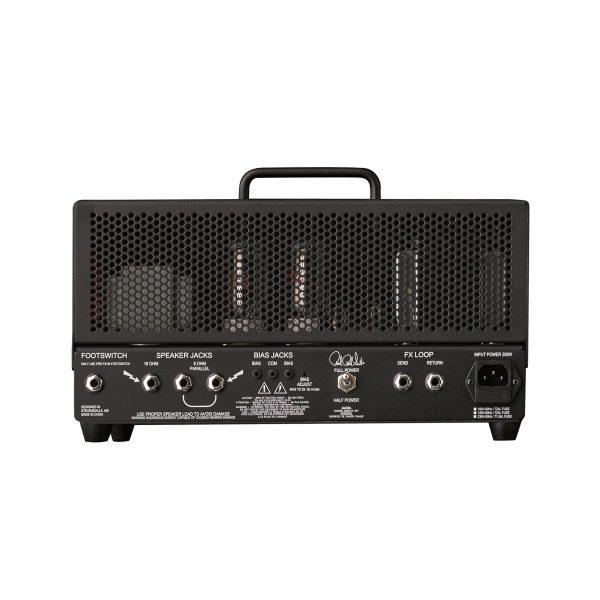 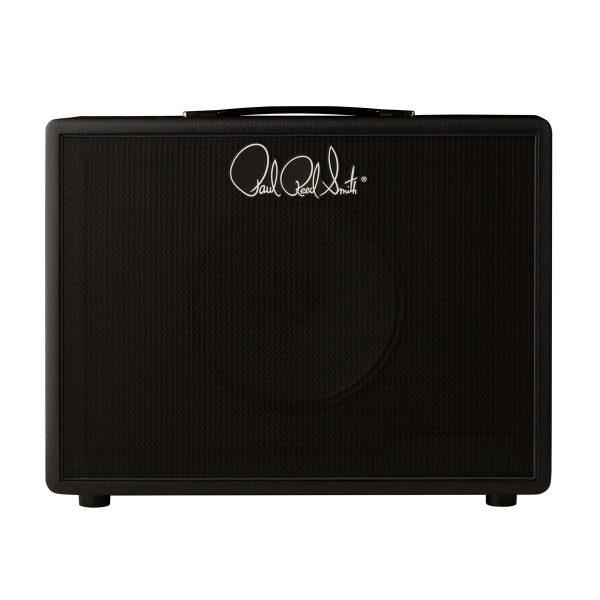 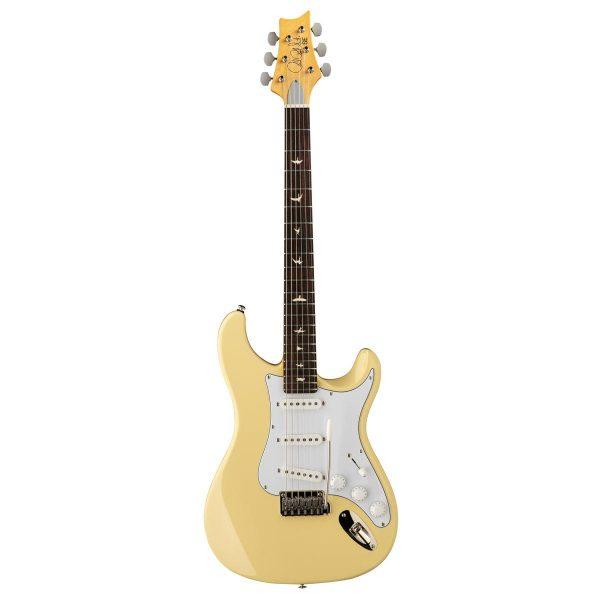 To get inspired by someone’s guitar playing, We need to bond with their tone. Perhaps other guitarists and tone nerds feel the same way?
I believe most people will appreciate and recognize a great guitar tone even if they’re not into guitars and are not able to express what they like. Some of the combinations of guitar and amplifier mentioned in this blog are but a few examples, there are many iconic sounds out there.

If you’re still not sure which sound would fit your guitar playing, please do not hesitate to Contact Us either by phone or email or even drop by in person if you can and it would be our pleasure to help you find that magic tone that works for you.

Create an Account
Sidebar
Start typing to see products you are looking for.